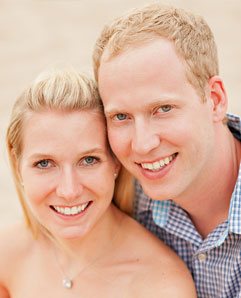 Dr. Moore became interested in Chiropractic after being in an auto accident while in University. Seeing the benefit first hand that Chiropractic can provide along with the one on one attention inspired him to continue his education and obtain his Doctorate of Chiropractic. His extensive fitness and science background allows him to understand and help you reach your goals.

While attending Chiropractic School in Portland, Dr. Moore met his now wife, Kristin. When not in the clinic he enjoys working out at Newberg Crossfit and his local gym, hiking, spending time with family and relaxing at home with his wife and two cats, Cleo and Ollie.

Dr. Moore takes the time needed to truly listen to his patients, so you will have all the time you need to explain your problem in detail.
2

Phone calls will be returned promptly-

Most phone calls and e-mails to the doctor are returned within a few hours, and all within 24 hours.
3

We respect our patients' schedules, do not double-book appointments, and we actually run on time.